Paprika or Hungarian paprika: what it is, varieties and differences with other paprika 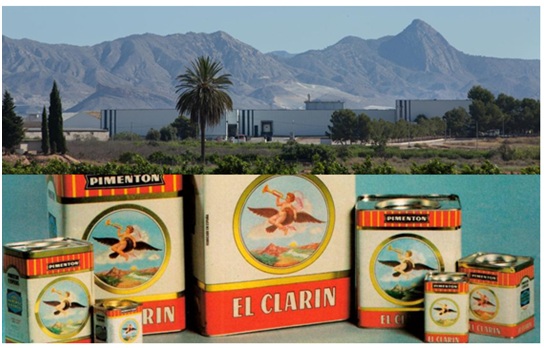 04 3月 Paprika or Hungarian paprika: what it is, varieties and differences with other paprika

Posted at 08:06h in El Clarín by elclarin
0 Likes
Share

Paprika is one of the most used ingredients worldwide. Its aroma and its multiple uses make it the perfect spice in most of dishes.

The paprika or Hungarian paprika is one of the culinary jewels of Hungary. It is a condiment or spice of Hungarian origin that is obtained after collecting and letting dry different varieties of peppers that, finally, undergo a grinding process and become the known powder or spice that is commonly used to season and Scent countless dishes.

The word “paprika” (ground red pepper powder) comes from the Hungarian term paprika. But if we consult “paprika” or “pimentón” in the dictionary of the Royal Academy of Language, the result is just “paprika”, so both terms do refer to the same ingredient. So which one is called paprika and which one is simply pimentón?

Differences between paprika and other pimentones

The different varieties of peppers that exist, the climate, the drying process and the gastronomic culture of the place where it is made are some of the differences between the so-called paprika and the rest of varieties that are simply called paprika or paprika Sweet, for example.

Clarín Spices SL is able to offer Hungarian paprika and pimentón since Hungary and Spain are two of our main receptor markets.

If we talk about authentic Hungarian paprika or paprika we have to talk about Szeged, a region located in the south of Hungary and considered the capital of this ingredient. Since 2010 Szeged paprika has a protected designation of origin (PDO) in the EU.

The importance of paprika in Hungary is such that without it we could not talk about many of its more traditional dishes. Among them, fish soup, chicken soup and, of course, goulash, a powerful stew made with veal, tomato, onion and pepper where, according to the traditional recipe, paprika should be mixed with other varieties of smoked paprika.

In addition to Hungary, other nations such as Germany, Africa, Asia or the United States adopted the term paprika to refer to the type of paprika used there. In this case, its flavor is potent, spicy and very aromatic, hence it is also present in many of the dishes we all know. In the US, for example, they use it to make their typical BBQ sauce.

However, when we talk about paprika in countries like Spain and Portugal, (say “ground paprika” would be redundant, by the way) we do not expect to find such powerful and spicy notes, but softer, sweet and smoky nuances.

Another of the keys to differentiate Hungarian paprika from other varieties is the flavor they add to the dishes to which it is added, from the most spicy to the softest: