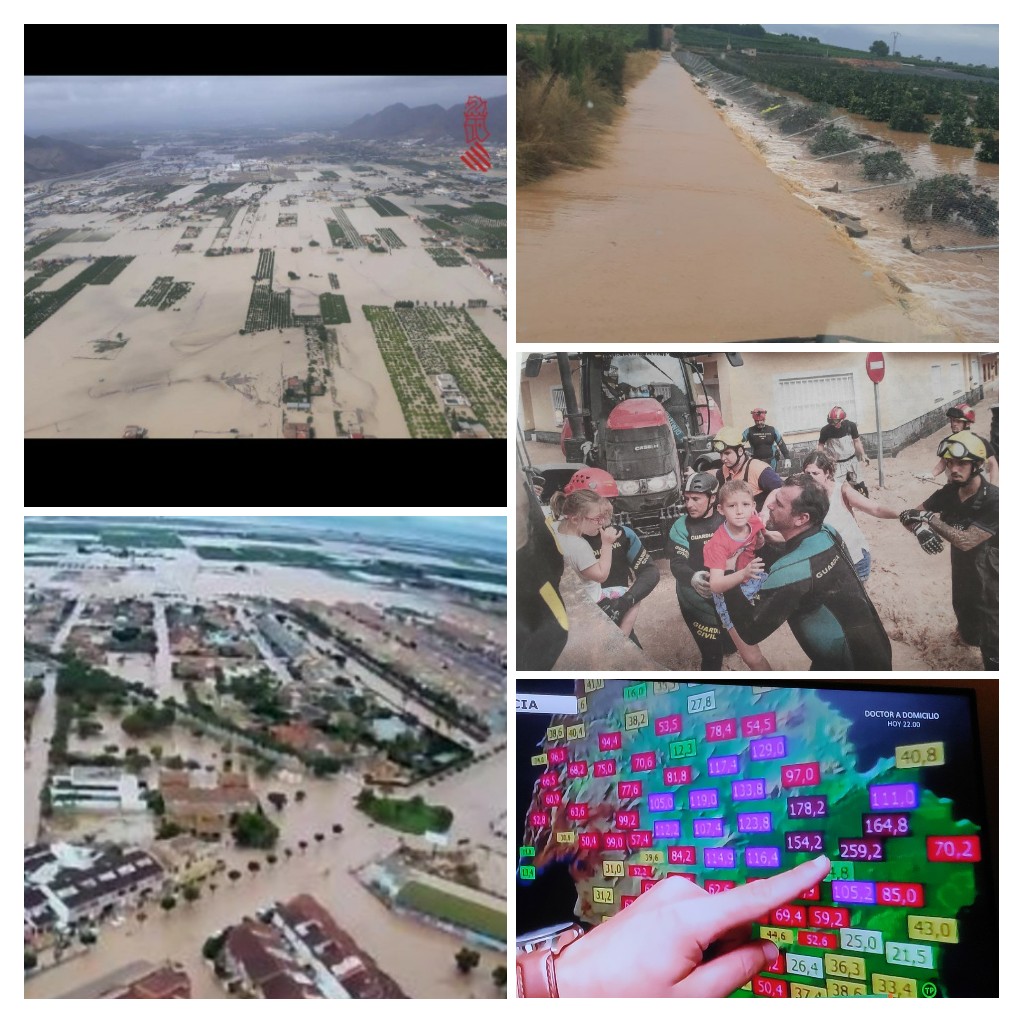 Posted at 14:19h in El Clarín by elclarin
0 Likes
Share

Climate change is the main global environmental problem for humanity. Among many other effects it causes global warming and multiplies extreme climatic phenomenon such as floods, droughts, heat and cold waves.

From last Thursday 12 September at 10.00 am till Sunday 15 September the region of Vega Baja in the province of Alicante and the town of La Matanza, where our facilities are located, have suffered frequent floods, as well as the overflow of the Segura river as a consequence of a strong storm that reached discharge up to 259 liters per hour reaching 2,701 hm3 in 5 days.

The material damages are incalculable but the ones that sadden us the most are the victims that this storm has left.

It is not the first time that happens since previously in 1946, 1948, 1973 and 1987 there have been other floods with significant economic effects and human life losses, however this year’s has been especially catastrophic.

With much effort and thanks to El Clarín team, we managed to recover the activity in less than 24 hrs, being able to load all the trucks and restart all our production processes.

There is still a lot of work to do but our professional activity is one hundred percent and we feel strong to overcome this tragedy.

Thanks to all who have collaborated and much encouragement for those who have not been as lucky as we are.